Dear friends,
as you will be aware the United Nations Security Council once again in recent vote confirmed that Israel's colonies in the Occupied Palestinian Territories are illegal and that Israel is in flagrant violation of international law.   As mentioned the other in my earlier post on the vote (which you can read here), I am posting a number of articles discussing the vote.

Since the vote was taken, Netanyahu, Israel and various Zionist organisations have reacted hysterically, which is not unusual.  The reaction of the Israeli leadership (whether it be Netanyahu or any of the Israeli Prime Ministers before him) to anything which does not reiterate or tow  the Zionist narrative or policy position is more often than not accompanied by temper tantrums and hysterics.  In this case, Netanyahu dragged the various ambassadors of the states the vote for the resolution in to harass them and has acted as no other US president before Obama has every abstained on a vote in regard to Israel. This is, of course, not true, as the articles below note.  As Barak Ravid notes in his explainer, which appeared in the Israeli newspaper Haaretz since 1967, every single US president has allowed the adoption of Security Council resolution.  While the US has indeed often veto resolution votes, various administrations have also allowed 47 to pass. 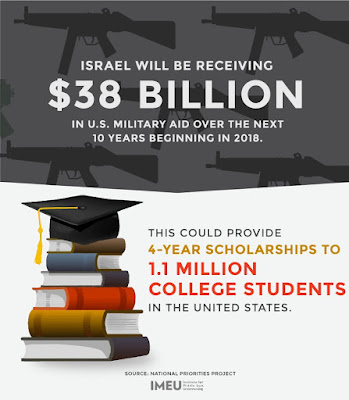 It should also be remembered that Obama in September okayed aid to Israel, at a level higher than any other President of the USA - a total 38 BILLION over the next 10 years.

His administration has made clear that they will continued to support this.

I will follow up with another post or two over the next two days some articles discussing the resolution, Israel's reaction and the dead letter of the two state solution. 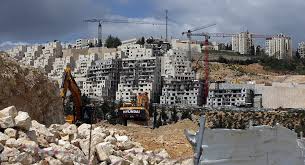 Security Council Resolution 2334: An Old-New Approach to Palestine at the United Nations?

Jadaliyya: December 26 2016 by Ardi Imseis
Following the passage of resolution 2334 by the UN Security Council on 23 December 2016 concerning Israeli settlements in occupied Palestine, it is useful to briefly address some of what it means in both legal and political terms. In short, the resolution can best be described as the embodiment of an old-new approach to one of the thorniest issues in the Israel-Palestine conflict.

Legally, the resolution’s principal focus—Israel’s colonization of the occupied Palestinian territory with approximately 600,000 Jewish settlers since 1967—offers little new. In affirming the international illegality of the settlements, the applicability of the Fourth Geneva Convention, and the inadmissibility of the acquisition of territory through force, resolution 2334 merely repeats what the Council and other organs of the United Nations, including the General Assembly and International Court of Justice (ICJ), have repeatedly affirmed. In addition, like its predecessors, this resolution is not formally binding on states as a matter of UN law. Under article 25 of the UN Charter, only “decisions” of the Council are binding on Member States, and resolution 2334 was not drafted in the form of a decision. This does not mean that the resolution’s substantive affirmations of international law are not legally binding on states under general principles of international law, however, but only that the Council has not made it binding on them as Member States of the Organization. Moreover, this does not deprive the resolution of its essentially political character.

What lends the resolution some legal novelty resides not so much in its affirmations of relevant international law concerning the settlements, but in the scope of their recitation. No previous Council resolution has been as fulsome in its denunciation of the settlement enterprise as this, including through making clear linkages with other ongoing illegal actions of Israel in the Occupied Palestinian Territory (OPT) such as the construction of the Wall, confiscation of Palestinian land, demolition of Palestinian homes and displacement of Palestinian civilians. While not determinative, this resolution will not go unnoticed in other fora, including the Office of the Prosecutor of the International Criminal Court who is currently engaged in a preliminary examination on whether to investigate the situation in occupied Palestine including the crime of civilian settlement of an occupied territory of the territory it occupies.

In one notable development, the resolution offers a first in calling “upon all States . . . to distinguish, in their relevant dealings, between the territory of the State of Israel and the territories occupied since 1967.” This is important, for it affirms the Council’s view that third States should remain aware that their bilateral relations with Israel—political, civil, economic, social, cultural—cannot continue as usual. For far too long, Israel has been able to weather the occasional diplomatic and public relations fallout from its illegal and immoral policies in the OPT, knowing that this will result in little actual change in bilateral engagement with influential policymakers and business people in third States. This call by the Council therefore signals a shift with potential implications that can theoretically result in more robust legal, economic and political sanction of Israel abroad, including through measures encouraged by the global Boycott, Divestment and Sanctions campaign.

Politically, the resolution’s repeated references to negotiations as the framework within which the end of Israel’s half-century occupation is a reflection of an old and, by now, bankrupt approach to this conflict at the United Nations. To be sure, negotiation is always the preferred option in the way of peaceful dispute resolution. In the face of drastically increased levels of violence in recent years, the Palestinian leadership’s continued commitment to a negotiated two-state resolution is nothing short of remarkable. But where there is a clear lack of good faith on the part of the infinitely more powerful party—as demonstrated in this case by calls by Israeli ministers to illegally annex portions of occupied Palestine, “legalize” settlement outposts that are, under Israeli domestic law, “unauthorized”, and publically reject the very notion of a Palestinian State being established—it is more than incredulous to continue the mantra of bilateral negotiation between that party and its captive interlocutor as the only means to ending the latter’s subjugation and the realization of peace for both. How does a weaker party successfully negotiate the return of stolen property with the more powerful one responsible for its theft? Based on the historical record, it is not certain whether any new form of multilateral negotiations can level the playing field. What is clear, is that as Israel’s regime of apartheid and colonialism in the OPT enters its fiftieth year, it is increasingly apparent that a much more principled approach to ending it forthwith—that is, decoupling its immediate end from bilateral negotiations which have enabled it to consolidate, not relinquish, control—is required.

In this regard, it is notable that the resolution calls upon all parties to launch credible negotiations “within the time frame specified by the Quartet in its statement of 21 September 2010”. In that statement, “[t]he Quartet expressed its strong support for the resumption of Israeli-Palestinian negotiations, which can resolve all final status issues within one year” (emphasis added). Reference to this statement by the Council may signify a potential silver lining. In the event negotiations commence but are proven incapable of resolution within one year, the Council has left open the possibility of adopting more robust measures to end the occupation, including requiring that Israel do so unilaterally, unconditionally and forthwith. As I have argued elsewhere, even if a permanent member blocks such Council action, it is possible for other principal organs of the UN, including the ICJ and the General Assembly, to adopt such an approach. If they do, it is conceivable that a useful political momentum against the continued illegal presence of Israel in occupied Palestine can emerge within the United Nations, and one that requires Israel to end that presence unilaterally, based inter alia on precedents of Iraq’s illegal occupation of Kuwait, and South Africa’s illegal occupation of Namibia.

Finally, the significance of Israel not being able to rely on a United States veto of resolution 2334, although notable, is not without precedent nor does it signify any significant shift in their special relationship. To be sure, over the past eight years Prime Minister Benjamin Netanyahu has taken great pains to publically undermine the Obama administration, most notably following US-led negotiations on Iran’s nuclear program. Nevertheless, the administration’s complete capitulation to the Israel lobby was more than amply demonstrated by President Obama’s approval of a thirty-eight billion US dollars aid package to Israel in September 2016. By all accounts, President-elect Trump has made it clear that he will continue and even amplify this trend.

“The secret of change”, Socrates said, “is to focus all of your energy not on fighting the old, but on building the new.”  While based on a great deal of old affirmations and positions of the United Nations on the question of Palestine, Resolution 2334 also offers some new elements that can prove useful in the way of ending Israel’s fifty-year occupation of Palestine. While healthy skepticism of the role of the United Nations in building the new is warranted, it is vital that we acknowledge the indispensability of that role in any way forward. In this respect, it is important to acknowledge the many doubtful voices that may find the real-world added value of international law, let alone Security Council resolutions, limited.

Given the relatively weak global reaction to the many Security Council resolutions that already exist on the question of Palestine, one could be forgiven in believing international law and the United Nations pointless at a time like this. But to take this view would be a crucial error, given that it would be based upon a mistaken impression that law and the United Nations, in and of themselves, offer the perfect remedy for internationally wrongful conduct. In a world still dominated by state sovereignty, obedience to law by states cannot be taken for granted. In the absence of a centralized and universally applicable source of coercive authority, therefore, adherence to international obligations is overwhelmingly less a matter of enforcement as it is observation. In such circumstances, and particularly where powerful states are involved, the successful use of international law and institutions depends as much, if not more, on concerted political will and action to ensure that enough of a cost is brought to bear on malfeasant, aiding or abetting states to ensure voluntary compliance. Viewed in this way, recourse to law, including through the United Nations, can offer incremental value added. Not as an end in and of itself, but rather as a tactical means to one. It is in this overall context that Security Council resolution 2334 should be viewed.
Posted by Kim at 11:24 PM