Video: Interview with Omar Barghouti and Hind Awwad on the Palestinian BDS campaign

Dear friends,
here is the video version of the interview with Omar Barghouti and Hind Awwad on the Palestinian BDS campaign.

Interview with Omar Barghouti and Hind Awwad from the Palestinians Boycott, Divestment and Sanctions campaign

Dear friends,
please find below my recent interview with Omar Barghouti and Hind Awwad from the Palestinian Boycott, Divestment and Sanctions campaign in Ramallah. The interview has been published in Direct Action. I will also be uploading soon a video version of the interview in the near future, which will also be available on the Live from Occupied Palestine blog.

In 2005, more than 170 Palestinian civil society organisations issued an international call for the boycott of Israel. Inspired by the struggle of South Africans against apartheid, the boycott, divestment and sanctions (BDS) campaign is conducted in the framework of international solidarity and resistance to injustice and oppression. It calls for non-violent punitive measures to be maintained until Israel meets its obligation to recognise the Palestinian people’s inalienable right to self-determination and fully complies with international law. Over the past five years, the BDS campaign has gone from strength to strength internationally, with trade unions, student groups and other sectors announcing support. Kim Bullimore spoke with Omar Barghouti and Hind Awwad in Ramallah about the growing international campaign. Barghouti is a Palestinian political and cultural analyst and a founding member of the Palestinian Campaign for the Academic and Cultural Boycott of Israel (PACBI). Awwad is the national coordinator of the Palestinian Boycott, Divestment and Sanctions National Committee (BNC). 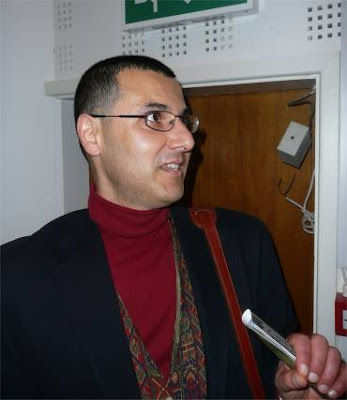 “After five years of BDS, we feel that we have reached our ‘South Africa moment’”, Omar Barghouti told Direct Action. “We are on the offensive, and Zionist and anti-BDS groups are definitely on the defensive everywhere.”

Barghouti notes: “A few years ago we would have looked at where we are now as a dream that cannot come true except after many, many years. But after five years we have campaigns which are advocating BDS [and] working on BDS from the US to Australia, from Norway to South Africa, India, Pakistan, Brazil, Argentina and so on. So now we have very successful campaigns in corporate responsibility, divestment campaigns.”

According to Barghouti, who is one of the founders of the PACBI, since Israel’s all-out assault on the Gaza Strip in 2008-09, the BDS campaign, particularly the academic and cultural boycott, has grown by leaps and bounds. “Since Gaza and especially after the flotilla attack, academic and cultural boycott campaigns have spread throughout the world. Big performers, major artists like the Pixies, [Elvis] Costello, Gill Scott Heron and others have cancelled performances in Israel. We are getting more and more and the list of groups is growing; every month we are getting new performers that are cancelling.”

Barghouti points out that the cancellation of performances in Israel by such artists means that “millions and millions of fans of those big artists have been introduced to the boycott. So now BDS is a name that is known in the mainstream media, in Israel, the US and Europe and probably in Australia as well. So we think there is a lot of progress being made.”

Barghouti continued that the next step is to “increase the coordination of all BDS activists in specific campaigns”. He noted that not only is the BNC coordinating many global campaigns for BDS, but that “we are spreading BDS through local conferences and regional conferences.

“Our latest regional conference was in India, and it attracted many from South Asia and was an extremely important moment for us to spread BDS in that part of the world. The next will be Latin America. We will have a regional conference in Latin America in 2011, and that will be our biggest ‘new hit’, so to speak. So we are branching out. And of course the conference that happened in Australia last October was extremely important. So we hope there will be more coordination with BDS activists in Australia.” 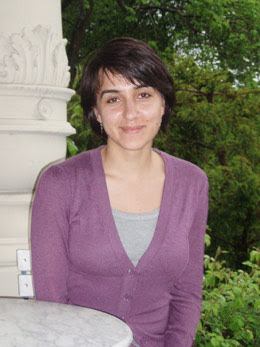 Both Barghouti and Awwad note that a range of international companies are profiting from Israel’s occupation. Awwad said: “Within the Industrial zones that Israel is setting up, there are international corporations that are complicit in maintaining these zones and thereby they are directly aiding Israel’s occupation”. She noted that such companies are legitimate targets within the framework of the BDS campaign “due to their involvement in the Israeli occupation and due to their violations of international law”.

Asked about BDS campaigns against international companies profiting from Israel’s occupation, Barghouti cited the campaign against Veolia and Alstrom as one of the biggest success stories. The two French conglomerates are currently involved in building the Jerusalem light rail, intended to connect Israel’s illegal colonies to the city of Jerusalem. However, according to the Fourth Geneva Convention, which outlines the rights and responsibilities of an occupying power, it is illegal for an occupying power to transfer its civilian population into the territories it occupies. The Jerusalem light rail will aid in the transfer of sections of Israel’s population into the territories it illegally seized in 1967.

Barghouti said, “We have targeted those two companies because they were involved in this patently illegal project”. Since the campaign began in November 2008, “Veolia specifically has lost contracts worth billions of dollars, close to 10 billion in fact, and we think a lot of that can be attributed to BDS campaigns in Sweden, the UK, Ireland, France, Melbourne and other places”.

Barghouti also noted that two other BDS campaigns that have grown in strength internationally are the campaigns to strip the Jewish National Fund (JNF), a key Israeli and Zionist organisation, of its charitable status and the campaign against the Israeli state-owned company Agrexco. Barghouti said the primary reason for targeting the JNF was because “it’s a colonial entity, a very racist entity implicated in Israel’s war crimes and violations of international law”, while Agrexco is being targeted because it is Israel’s major exporter of settlement products and produce.

Barghouti noted that the campaign against Agrexco has been particularly successful in France, where close to 100 NGOs and five national political parties are working jointly on the campaign. The campaign is also strong in the UK, Ireland, Italy, Spain, Belgium and many other countries. Barghouti encouraged Australian BDS activists also to get involved in the Agrexco campaign.
Palestinian Authority

On the boycott against Israeli settlement goods launched by the Palestinian Authority (PA), Awwad noted that while this was a welcome move, it does not go far enough. “While this campaign is certainly a step in the right direction, I think it is a step that is incomplete and has come way too late.” Awwad noted that a boycott focused solely on Israel’s illegal settlements in reality lets the Israeli government off the hook. “According to international law, Israel is the liable party for the settlements. The settlements are not a legal entity on their own. So, if we are to hold Israel accountable for its settlements and occupation industry, we should target Israel as a whole, not just the settlements.”

Awwad pointed out that the PA campaign has come as a result of the overwhelming growth in the global boycott campaign. “The PA felt that they were behind on a boycott of Israel, that they had to take up some part of the boycott or some part of BDS that they could work on, given the agreements they have with Israel.” Awwad said that the constraints imposed on the PA by the Paris Protocol and the Oslo Agreement made it choose to focus on this part of the BDS campaign. She noted, however, that “the standards for Palestinian civil society of course remain much higher than the PA … with a full boycott of Israel, not just the settlements”.

“Now we have an Artists Against Apartheid in South Africa, and to us this is extremely relevant symbolically and practically. There are major campaigns supported by very key figures like Archbishop Desmond Tutu and major figures in the ANC, major cultural figures and many prominent academics are involved in the campaigns for BDS.”

Barghouti said that one particularly important campaign in South Africa was that at the University of Johannesburg to sever links with Ben Gurion University. “We hope that this may well be our very first success in the terms of academic boycott, not just passing a resolution supporting academic boycott as we have done for several years in the UK”, he said. “The new thing is that that the University of Johannesburg may actually sever links with Ben Gurion University, under pressure from its own academics, as well as many, many academics in South Africa. Two hundred and eighty academics, very prominent, some vice-chancellors of universities have signed this petition calling for severing the links. Archbishop Desmond Tutu has put his name to the cultural boycott. It is really spreading.” 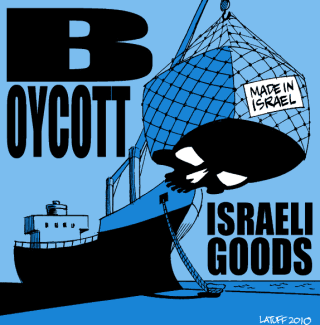 On support in Israel for BDS, Barghouti pointed out that the campaign had grown in strength since Israel’s all out bombardment of Gaza in 2008-09. The BDS campaign, he said, had been “launched inside Israel, predominately [by] Israeli Jewish citizens, conscientious citizens, academics, intellectuals, artists, students and other activists and queer activists. This campaign is really growing and attracting a lot of attention.” According to Barghouti, “The Israeli BDS group, called Boycott from Within, is helping us tremendously in many, many ways”.

Barghouti also cited the important contribution to the BDS campaign by Israeli groups such as the Alternative Information Centre and the Women’s Coalition for Peace. Barghouti noted that the Women’s Coalition for Peace was playing a particularly important role, having established the “Who Profits from the Occupation” web site. Barghouti noted that the site “documents almost all international and Israeli companies profiting from the occupation. This has been an extremely valuable resource for BDS activists everywhere, who want to select companies to target and want to select those involved in the occupation.” Barghouti added that while “BDS talks about comprehensive Palestinian human rights: ending the occupation, as well as ending apartheid and racial discrimination in Israel and most importantly the right of return for refugees …the occupation is clearly the most convenient and easiest practical target.”

Barghouti went on to say that there are Israeli activists working on the cultural boycott campaign, academic campaign and product boycotts and “they are involved in all the networks that the BNC is coordinating globally”.

[Kim Bullimore is a member of the National Committee of the Revolutionary Socialist Party and a volunteer with the international human rights and solidarity group, the International Women's Peace Service, in Palestine]
Posted by Kim at 11:36 PM 1 comment: